One of the most popular posts by genius-journalist, Texan Len Hart, is titled "Tragedy and Consequences of Fascism."  The essay notes, "In the U.S. if you are not rich you are screwed. To top it off, the filthy rich (just one percent own more than the rest of us combined) want to turn over your social security to the big banks. Americans have not confronted the fact that 'privatizing Social Security' equals giving your money to big banksters, the same big banksters who engineered the last depression. Again -the GOP scheme to privatize Social Security is either a heist or a gift, depending upon whether your are for it or against it.

"With this gift/booty, the big banksters will invest and/or speculate with your monies offshore and international money markets. Not a single job will be created. Not one! Rather --the effect will be the loss of U.S. jobs just as there has been a loss of U.S. jobs under every GOP President since World War II." 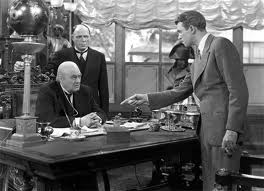 The Government's Own 'Stats' Indict the GOP"Official stats bear me out. Wealth and income disparities increased significantly, alarmingly under every GOP administration since World War II. The administration of Ronald Reagan was the most blatant 'wealth grab' in U.S. history. Only the top twenty percent benefited from his infamous tax cut. Every other segment became increasingly poorer. A picture of the future was a 'depression' of some two year in which even boom town Houston suffered. Thousands of Houston jobless lost their homes and were reduced to living in tent cities. Many another lived under bridges and overpasses. I saw this for myself.

"Bush Jr has apparently finished what Regan had begun. Now --just one percent of the population owns more than the rest of us combined. Everyone else is losing ground. Should the GOP get control of the nation, that mere one percent will surely shrink yet again, perhaps to just one half of one percent or even less. It's just a matter of moving the decimal place at this point. Anyone who has studied even elementary Calculus can imagine the shape of such a curve. It is not a what statisticians call a 'normal distribution' curve. It is, rather, an ever steeper curve representing a non-elite class growing exponentially, an elite class whose numbers are increasingly smaller, by now approaching zero. Any point on this curve reveals the rate at which the nation's wealth is literally transferred upward --as a matter of deliberate and official policy --to just what is now just 1 percent of the total population." 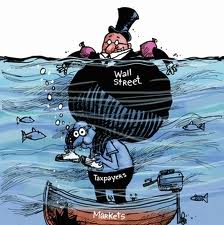 "This is not a policy! This is war!"This is a culture war, declared upon the people by what is often called a 'ruling elite'. Given the trends i.e, the ever shrinking percentage benefiting from robber baron tax cuts, even those currently among the elite should beware. They are next!

"Everyone's wealth can be transferred upward to the ever dwindling few and it will be done with the Orwellian use of the term 'tax cut'. Never in history have the results of these 'tax cuts' been so ruinous or has had such a devastating effect of the total wealth and productivity of the nation."

The 1929 Stock Market Crash and subsequent Depression were caused by the same Great Experiment in Trickle-Down Economics - creating wealth for the rich that would somehow filter down to the middle class and poor.  But we have forgotten our own history and have almost repeated it in the Great Bush Crash of 2008.  As Hart says, "...even those currently among the elite should beware.  They are next!" 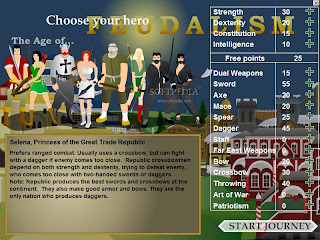 From Hoover to Reagan to Bush, the Conservative leadership, backed up by their consiglieres in Congress, the courts, and our local legislatures, have conspired to rob from the People to give to the Rich...the longest lasting and most successful criminal conspiracy the world has ever known.   Conservatives are tirelessly unrelenting, indefatigably persistent, they are evil, they are criminals.  If we don't criminalize conservatism, how are we to stop them, how are we to survive?