Outsourcing Leads To Outbanking For The 1% 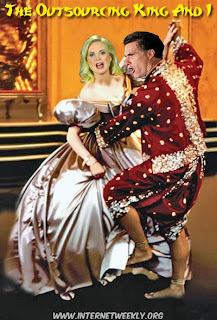 It isn't often that this site will pass on stories from CNBC (via Yahoo.com), but the following story, "Wealthy Stash $21 Trillion in 'Pirate' Banks" - from the "left-leaning" Tax Justice Network USA - actually reveals the underlying cause of much of the nation's problems:

"There are two banking systems for the wealthy. Private banks. And 'pirate' banks.

"'Pirate banks' form a large and fast-growing virtual banking system that has helped the wealthy hide more than $21 trillion offshore, according to a new report from the left-leaning Tax Justice Network USA.*

"The $21 trillion to $32 trillion* does not include real estate, yachts, thoroughbreds or gold bricks, which could also increase the number.

"The report says that traditional offshore havens like Switzerland and Singapore hold substantial amounts. But much of the offshore fortune is held in a 'virtual country' - a network of complicated cross-border entities designed to shelter wealth. 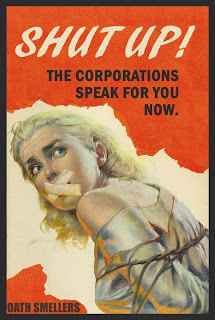 "Last Thursday, in another attempt to protect corporations and kill American jobs, Republicans blocked a measure to reward companies that brought jobs back to America, and protect their candidate Willard Romney. Republicans in the Senate refused to allow a vote on a bill, The Bring Jobs Home Act, which provided a 20% tax break for costs related to moving jobs back to the United States, at the same time rescinding deductions for companies that moved operations and jobs overseas. The bill was number one on the President’s congressional "to-do list," but Senate Minority Leader Mitch McConnell wanted to amend it with an Affordable Care Act repeal and Bush-era tax cuts for the wealthy extension. Republicans cited the U.S. Chamber of Commerce (COC) and National Association of Manufacturers’ opposition to the bill as reason to block a vote. As usual, the COC sent an official edict to Republicans calling the bill misguided and said it "would hamper American worldwide companies’ competitiveness, increase complexity in the Internal Revenue Code, and threaten economic growth." The Chamber told Republicans they would monitor senator’s support, or opposition, for inclusion in their annual "How They Voted Scorecard" for future campaign donation considerations. As usual, Republicans demonstrated that when it comes to whose interests they protect, Americans’ jobs are not within their purview of consideration." 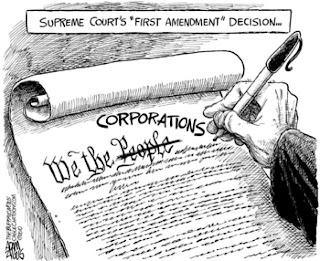 The connection is obvious even to the semi-literate: Conservatives kill Americans' jobs, transfer them to lower-paying employees overseas, then keep the money hidden overseas to avoid paying their rightful share of income taxes. There is no secret now how the offshore system works and even CNBC brazenly reports on the amounts stolen from the U.S. Treasury after the fact.

The Conservative front group, the U.S. Chamber of Commerce, comes as close to the definition of "extortion" imaginable when they threaten any recalcitrant Republicans with their "Scorecard." Surely, there are no GOP legislators left in Congress that would even entertain voting against their wealthy patrones?

* Note: CNBC deliberately underquoted the amount in their headline. While the difference between $32 trillion and $21 trllion may not seem like much to CNBC, to paraphrase the old saw, "a trillion here, a trillion there, and sooner or later you're talking real money." The "left-leaning" crack from CNBC is a contrast to Yahoo.com's report, that describes the Tax Justice Network as an entity that "campaigns against tax havens."  For those of you with a monetary bent, the following information from the Tax Justice Network is here --> http://www.taxjustice.net/cms/front_content.php?idcat=148

"Anyway, no drug, not even alcohol, causes the fundamental ills of society. If we're
looking for the source of our troubles, we shouldn't test people for drugs, we
should test them for stupidity, ignorance, greed and love of power."