The Failure of Democracy In America

Veterans Today, an organization who states, "We believe the majority of the members of our government, elected and appointed including our Supreme Court, currently serve agendas absent loyalty to the American people and the Constitution," has some very provocative articles in its newsletter that merit your perusal.

Their website, VT Military & Foreign Affairs Journal published an article yesterday, "How and Why Democracy is Failing Us Badly," inserting the following anecdote, by Uruguayan writer and journalist, Eduardo Galleano. 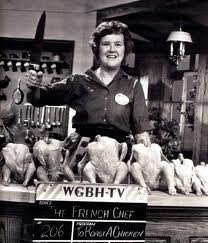 "The other day, I heard about a cook who organized a meeting of birds—chickens, geese, turkeys, peasants, and ducks. And I heard what the cook told them. The cook asked them with what sauce they would like to be cooked. One of the birds, I think it was a humble chicken, said:

'We don’t want to be cooked in whichever way.' And the cook explained that 'this topic was not on the agenda.'

It seems to me interesting, that meeting, for it is a metaphor for the world. The world is organized in such a way that we have the right to choose the sauce in which we shall be eaten. [my translation] … Juan O’Gorman, Enemies of the Mexican People"

The conceptual barriers to a genuine democracy, as exemplified by the founder of democracy, ancient Athens, are:

1. The cradle-to-grave propaganda system. ("Genuine democracy—along with compassion and rationality—pose the greatest threat to the enemies of the open society. No wonder then that since infancy we have been inculcated against it. We have been lied to incessantly about the virtues of the Roman republic on the one hand, and about the horrors of Greek "mob rule" on the other hand.")

2. The opposition of intellectuals. ("Throughout the ages, genuine democracy has been laughed at by self-serving, brilliant, oligarchs. A historian of Ancient Greece, writing in 1900, remarks that 'few sights are stranger' than the spectacle of some Athenian intellectuals and first-rate thinkers 'turning their eyes from their own free country to regard with admiration the constitution of Sparta,' where a free thinker 'would not have been suffered so much as to open his mouth.'")

3. The ruling faction of the America's Revolutionaries was thoroughly anti-democratic. ("Americans are taught to admire the revolutionary founders of their republic. Americans are not, however, often reminded how averse some of these founders were to the Bill of Rights, how they proceeded to betray their countrymen by establishing the Rothschild-controlled First Bank of the United States.

"These betrayals have been glossed over by the official record, so Americans find it hard to believe that such courageous, principled, and brilliant men chose a second-best political system for their contemporaries and descendants)."

The narrative deserves to be read by everyone interested in the failure of democracy in this and other countries. A history lesson that needs to be read by everyone of high school age, it describes in exquisite detail what true democracy looked like in ancient Greece, as well as relating the circumstances of Italy's nuclear power referendum and the epitome of democratic government in the world - Iceland. 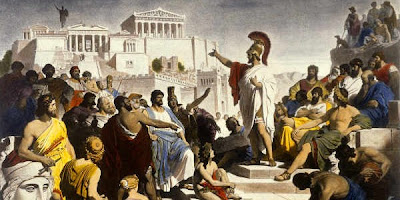 Athens: "Some of the advantages of genuine democracy are immediately apparent. Unlike contemporary western republics, in Athens promises to the people could not be as readily broken, for the people were always in charge. Influential Athenians (especially the oligarchic variety) were just as bribable as their contemporary western counterparts, but in a system where real power, at any given moment, resided with the citizenry, the damage was more limited.

"The information system in Athens was never taken over by the oligarchs. Athenians breathed cleaner air, drank chemical-free water, and ploughed healthier soils for their sustenance; their schools were private (not state-run), and they exercised daily; they were thus in better mental and physical shape than contemporary Americans.

"Hence, in Athens, human beings came close to their truer intellectual, artistic, and civic potential. In a genuine democracy like Athens, dissident organizations could not be readily co-opted, elections and trials could not be as readily rigged, and politically-motivated assassinations were rare. 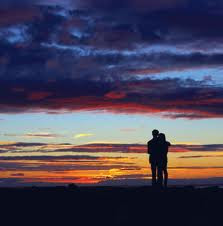 Iceland: "Icelanders who pelted parliament with rocks in 2009 demanding their leaders and bankers answer for the country’s economic and financial collapse are reaping the benefits of their anger. Since the end of 2008, the island’s banks have forgiven loans equivalent to 13 percent of gross domestic product, easing the debt burdens of more than a quarter of the population . . .

"The island’s steps to resurrect itself since 2008, when its banks defaulted on $85 billion, are proving effective. Iceland’s economy will this year outgrow the euro area and the developed world on average . . . The island’s households were helped by an agreement between the government and the banks, which are still partly controlled by the state, to forgive debt exceeding 110 percent of home values.

"On top of that, a Supreme Court ruling in June 2010 found loans indexed to foreign currencies were illegal, meaning households no longer need to cover krona losses. . . . Iceland’s $13 billion economy, which shrank 6.7 percent in 2009, grew 2.9 percent last year and will expand 2.4 percent this year and next . . . The euro area will grow 0.2 percent this year and the OECD area will expand 1.6 percent, according to November estimates. . . .

"Iceland’s approach to dealing with the meltdown has put the needs of its population ahead of the markets at every turn. Once it became clear back in October 2008 that the island’s banks were beyond saving, the government stepped in, ring-fenced the domestic accounts, and left international creditors in the lurch.

"The central bank imposed capital controls to halt the ensuing sell-off of the krona and new state-controlled banks were created from the remnants of the lenders that failed.

"Iceland’s special prosecutor has said it may indict as many as 90 people, while more than 200, including the former chief executives at the three biggest banks, face criminal charges. . . . That compares with the U.S., where no top bank executives have faced criminal prosecution for their roles in the subprime mortgage meltdown."

The closing remarks to this amazing piece:

"It is no accident that, when given a choice, the Italian people rejected nuclear power, despite massive false advertising by the moneylenders.

"It is no accident that, as of June 2012, the only country with any chance of escaping serfdom, Iceland, was able to do so through a referendum, despite massive false advertising by the moneylenders.

"What worked so well for the Ancient Athenians is obviously working just as well for any country choosing to give genuine democracy a chance."

"There is a theory which states that if ever for any reason anyone discovers what exactly the Universe is for and why it is here it will instantly disappear and be replaced by something even more bizarre and inexplicable. There is another that states that this has already happened."

Douglas Adams (British comic writer, best known as the author of *The Hitchhiker's Guide to the Galaxy,* 1952-2001)