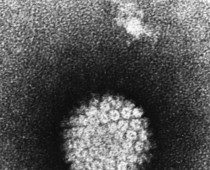 In another move against her sex, auguring increased deaths resulting from the battle between Conservative politics and the prevention of cervical cancer in young women, Nikki Haley repeats the new Conservative mantra: "We've won, and there's nothing you can do about it."

An excerpt on this story from Matthew O'Leary, Myrtle Beach Human Rights Writer at Examiner.com:

"On Tuesday, South Carolina Governor Nikki Haley vetoed a Democrat-sponsored bill that would provide seventh graders with a free HPV vaccine. HPV, the Human Papilloma Virus, which has been linked to cervical cancer. The bill was sponsored by Bakari Sellers of Bamberg, and received bipartisan support on its way to Gov. Haley's desk. It passed overwhelmingly in the Senate (40-2) and by a broad margin in the House (63-40)...South Carolina ranks 9th in the nation for estimated deaths from cervical cancer."

The Conservatives of the 21st Century are no longer bashful about hiding their belief that we are best ruled by the wealthy, a posture carefully concealed when the Conservatives of the early days of the country, the Federalists, lost power after trying to persuade the electorate that they were unfit to rule.

What convinces the Conservatives that they no longer need fear the wrath of the people unless they believe that protest at the polls is useless? Are the Republicans firmly in control of the automated voting machines once again?

The Democratic leadership seems oblivious to the problem, so the proof will lie in the results of the upcoming elections when the results are compared with the exit polls that show how people really voted. (Even Wikipedia has an article on the theft of the 2004 elections via the voting machines at http://en.wikipedia.org/wiki/2004_United_States_election_voting_controversies