Criminalize Conservatism With The RICO Act. 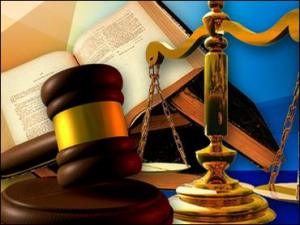 Subsequent to his fourth missive yesterday, and although he was directed to clear his head for a week before re-posting here again, our dear Comrade, Mr. Right, shot a parting question, the answer to which was actually planned for a future post:  "One more question. Under what constitutional authority precisely do you propose that we abolish Conservatism? Please be precise."

As your comments have been so helpful in illuminating the Conservative mind to other readers, your wish is our command, Mr. Right!

Part One of my reply today will demonstrate just one of the legal remedies available to combat the Conservative menace, a piece of legislation, strangely enough, not deemed unconstitutional by the SCOTUS Right Wing Five - the RICO Act. 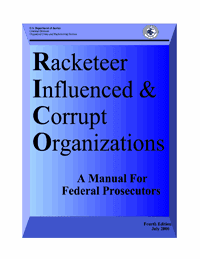 "The Racketeer Influenced and Corrupt
Organizations Act, commonly referred to as
the RICO Act or simply RICO, is a United States
federal law that provides for extended criminal
penalties and a civil cause of action for acts
performed as part of an ongoing criminal
organization.  The RICO Act focuses specifically
on racketeering, and it allows for the leaders of a
syndicate to be tried for the crimes which they
ordered others to do or assisted them, closing a
perceived loophole that allowed someone who
told a man to, for example, murder, to be
exempt from the trial because they did not
actually do it.
"RICO was enacted by section 901(a) of the
Organized Crime Control Act of 1970 (Pub.L.
91-452, 84 Stat. 922, enacted October 15,
1970). RICO is codified as Chapter 96 of Title 18
of the United States Code, 18 U.S.C. § 1961–
1968. While its original use in the 1970's was to
prosecute the Mafia as well as others who were
actively engaged in organized crime, its later
application has been more widespread."

And racketeering:  "A racket is an illegal business, usually run as
part of organized crime. Engaging in a racket is
called racketeering.
"Several forms of racket exist. The best-known is
the protection racket, in which criminals
demand money from businesses in exchange for
the service of "protection" against crimes that
the racketeers themselves instigate if unpaid
(see extortion). A second example is the
numbers racket, a form of illegal lottery.
"Traditionally, the word racket is used to describe
a business (or syndicate) that is based on the
example of the protection racket and indicates a
belief that it is engaged in the sale of a solution
to a problem that the institution itself creates or
perpetuates, with the specific intent to
engender continual patronage. One example is
computer spyware that pretends to be
detecting infections and offers to download a
cleaning utility for a fee, being itself distributed
by the maker of the cleaning utility."

To meet the test of prosecution,  Wikipedia continues:

"Pattern of racketeering activity requires at
least two acts of racketeering activity, one of
which occurred after the effective date of this
chapter and the last of which occurred within
ten years (excluding any period of
imprisonment) after the commission of a prior
act of racketeering activity. The U.S. Supreme
Court has instructed federal courts to follow the
continuity-plus-relationship test in order to
determine whether the facts of a specific case
give rise to an established pattern. Predicate
acts are related if they "have the same or similar
purposes, results, participants, victims, or
methods of commission, or otherwise are
interrelated by distinguishing characteristics
and are not isolated events." (H.J. Inc. v.
Northwestern Bell Telephone Co.) Continuity is
both a closed and open ended concept,
referring to either a closed period of conduct, or
to past conduct that by its nature projects into
the future with a threat of repetition."

Penalties of fines and imprisonment to the guilty we shall leave to your own vivid imagination, Mr. Right, and while I admit that RICO provides only a stop-gap measure to criminalize the Conservative criminal conspiracy, I know you'll join me in saying that it's a start. Further essays will ponder specific legislation to rid ourselves permanently of this pernicious and abominable disease.

After World War II, Germany enacted legislation necessary to make sure that the evils of Nazism could not rise again. While the resulting deaths of our citizenry in America resulting from Conservative acts over the years haven't been defined as starkly - or even revealed by the corporate media - as the deaths of those under Nazism,  the Corporate media will ignore the overwhelming data at their peril. 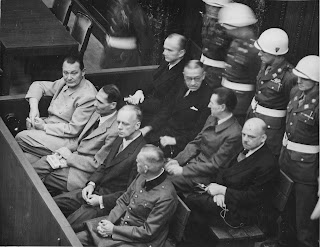 Centuries of Conservative crimes can be cited to meet the RICO test, from the gathering of the first Conservatives under Hamilton to the years of GOP Nazi sympathizers in the forties to...now.

Organized crime figures don't always wear gats under coats: Conservatism's core agenda is to destroy the Constitution and to restore feudalism, and their criminal activities are results of implementing and protecting that agenda.

The Conservative shysters and political hacks now in control of the Supreme Court will take years to be replaced by the simple expediency of their deaths, unless they are "persuaded" to resign - as Tory judges in Western Massachusetts were forced to author their own walking papers by mobs of Colonial citizens - or impeached for bad behavior, as vaguely provided for by the Constitution.

Ridding our democracy of organized Conservatism through the courts is but a first step, and the more "final solutions" will come about when the will of the People coalesces into the solidarity needed to elect a President and congressional majority to execute that will.

Thank you for coming to this site, Criminalize Conservatism, Mr. Right -  you have my sincere thanks for helping to assist us in our Cause!